StarForce DRM for this game does not work on modern versions of Windows (see Availability for affected versions).

The original Russian release doesn't work on modern operating systems due to StarForce 3 DRM[Note 1]. There is another release that has no DRM, however.
Taiwanese release confirmed as DRM-free and working on Windows 10.[6] 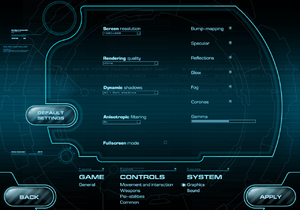 On Windows 10, neuro.cfg may be located in %LOCALAPPDATA%\VirtualStore\Program Files (x86)\Miracle Express\Neuro\profile and needs to be edited from there for widescreen. 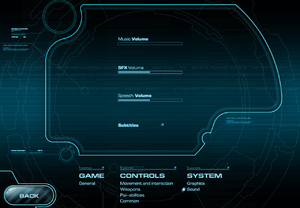 In the English-dubbed version of the game, a bug will cause a soft lock during the cutscene at the end of level 5. Two NPCs start talking at the same time causing the player to be frozen in a cutscene unable to continue. As a quick fix, this can be solved by opening the console and advancing the game manually to the next map. To do so, press the ~ (tilde) button (^ on German keyboards) and type "map m6" (without the quotes); then, press enter. This will immediately load the next map; the player will miss the brief last line of dialogue that occurs during the level fade-out (in which Warden-Avatar says: "We are halfway done. This is crucial moment for all people of Sorgo. Our next stop: the station.").

The problem can be more permanently and elegantly solved by editing game audio files. The bug occurs because the second-to-last audio file (m5_29.ogg) triggers too early; it begins and ends playing while the third-to-last (m5_28.ogg) audio file is playing, so the end of the the second-to-last audio file (m5_29.ogg) never triggers the start of the last audio file (m5_30.ogg). This can be solved by adding approximately 5 seconds of silence to the beginning of m5_29.ogg using an audio editor such as Audacity. This lengthened sound clip will then end at the correct time, triggering the end of the scene. These audio files can all be found within the game installation folder: Neuro\sounds\speech\m5

1. Go to <path-to-game>\scripts\pawns.
2. Delete Bestiary.pyc if it exists.
3. Edit Bestiary.py (e.g. with Windows editor or Notepad++).
4. Search for Health_Matrix. In the Health_Matrix function, change the rightmost number in every line to a 1. After that, it should look like this:

5. Save it. When you play the game now, corpses of dead enemies will no longer disappear.