BANZAI PECAN: The Last Hope for the Young Century

The game does not save settings nor key bindings and resets them every time upon launching the game.
Poor optimization with random slowdowns; rebooting your computer may fix it.
Controller layout is only designed for Logitech Dual Action or similar controllers[1] and buttons cannot be remapped.[2]

DRM-free versions are no longer available.
A demo is available on Steam.

Despite creating files called options, score, and bpgamedata.sav under <path-to-game>, these files do nothing and serve no purpose.[4] 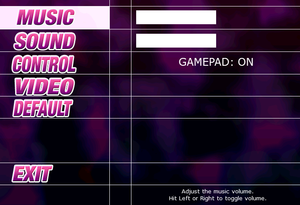 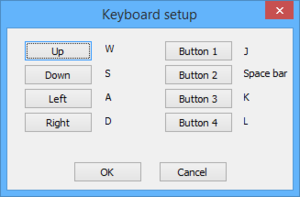 The game may sometimes run in a low frame-rate, and even if your hardware meets the recommended requirements, the game may not run in the proper speed. Rebooting the computer may address this issue but it is not guaranteed to remedy the performance issues entirely.[6]

Despite running at a resolution of 1000x600, attempting to play the game in fullscreen mode causes the game to display at a 4:3 resolution instead.[7]

Despite creating files that might indicate configuration data, they do nothing at all and the game does not retain setting changes upon exiting the game.[8]