We Happy Few is a singleplayer first-person FPS game. 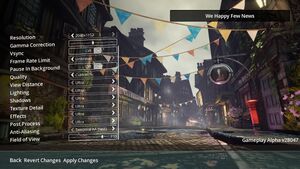 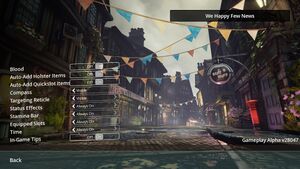 On some systems, enabling FXAA or TAA (Fast or Best) will provoke ghosting effect, even at normal frame-rate like 60 or 66 FPS.[6] Disabling in-game anti-aliasing will fix this.[5] 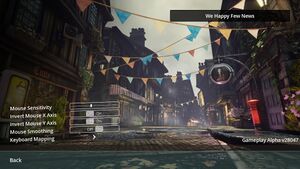 Add quick save, load and console[edit] 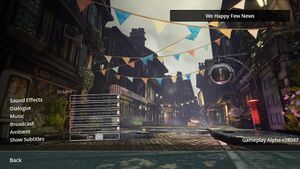 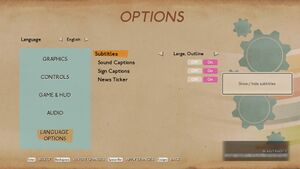 Try the following solutions in order to solve any issues.

If the above solutions don't work send a bug report.

The following issue is being investigated, there are no known solutions currently, simply lower any graphical settings as a workaround.[10]