The Witcher 3: Wild Hunt is a singleplayer third-person action, RPG and open world game in the The Witcher series.

Cross-save is available with the Nintendo Switch version of the game.[9] 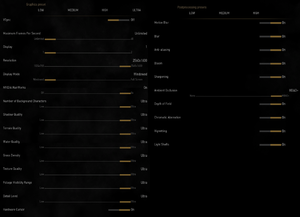 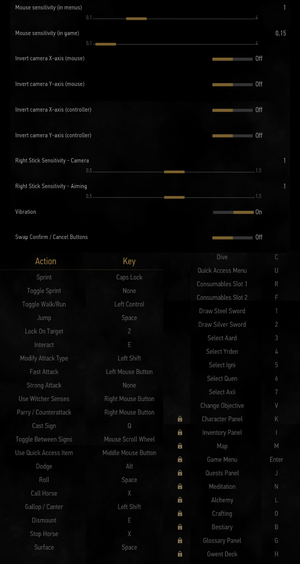 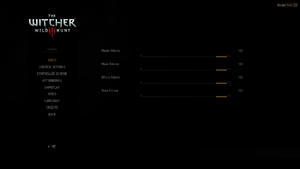 HRTF mod for headphones can be found here (x3daudio1_7_hrtf seeming to work on top of Wwise).

Hair physics only works correctly when playing at 30 FPS[edit]

This occurs on Kepler GPUs due to issues with certain Nvidia driver versions.

Stutter while using a controller[edit]

Enable instant sign casting so you don't have to use the radial menu (you don't need the mod files, just follow the instructions on the page).

The Witcher 3 Mod Manager by stefan3372, which takes care of DLC/Mods folders and .ini files, is recommended for the not-so-tech-savvy. However, the ideal method is manual installation.

Aims to give players extended in-game graphics settings for beyond the bounds configurations. This mod goes beyond what the now-deprecated Witcher 3 Config Tools was able to achieve. An alternative (Tweaks) can be used instead as a more advanced in-game menu. Both mods can be extremely taxing on the GPU. While Tweaks is the more robust and up-to-date option, it also has other mod dependencies, namely either Unification Patch or Community Patch - Base. Use one or the other, not both.

Aims to improve the graphics by reworking models and textures to better quality.

Community mod with a massive collection of fixes that resolves a variety of bugs and visual glitches. Please note that these fixes are now included in the Brothers In Arms mod linked below.

Definitive collection of more than 5,000 bug fixes and restored cut content from across the entire game.

Battle Encoder Shirasé (BES) + instruction - After the patch 1.06-1.07, it's almost impossible to play with 2 core processor. It's a small tool that throttles the CPU usage of the process you “target”: for instance, you can limit the CPU usage of a process which would use CPU 100%, down to 99%, like in this case. As a result, the game becomes playable.