The Gold Edition includes the base game and the Mission CD.

Return to the Roots is an unofficial add-on for The Settlers II currently in development. It adds new features such as online multiplayer and widescreen support. It also may improve performance and solve some compatibility issues on new machines, thanks to rendering in WinAPI or OpenGL. Files from Settlers II Gold are required in order to run it. 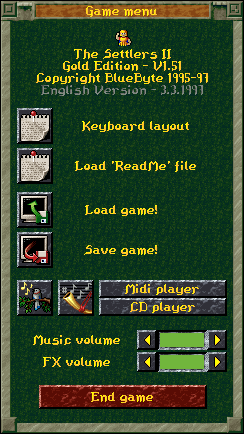