An explorer tool for Monkey Island Special Edition, it lets you play, dump and compile audio, images, text, as you browse through the files. 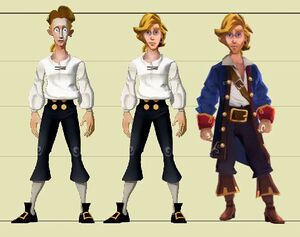 The Hair Patch changes Guybrush's hair to resemble the classic version of the game.

Ultimate Talkie Edition for the Original Secret of Monkey Island

Script designed to convert the original, classic version of The Secret of Monkey Island into a standalone talkie version that can be loaded in ScummVM or DOS. 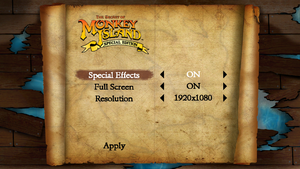 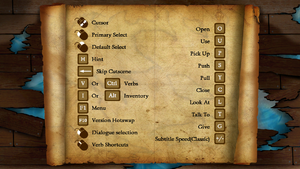 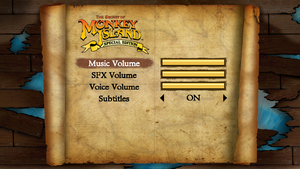 Crash when installed in a 3 TB+ hard drive partition

The game will refuse to run when installed on a large partition.

Will Not Launch on Latest Nvidia Drivers

Game opens with a white screen and error dialog, quitting out

DVD version launcher does not work on Windows 10

The game will launch and exit without an error message when no audio device is available.