A demo is available for the floppy version. 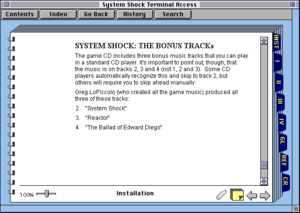 The classic Mac OS version was substantially improved during the porting process. It features high-res (640x480 vs DOS's 320x200) menus, fonts & UI elements. It also had 3 studio quality bonus tracks.[4] It was used as the basis for the Source Port Update of the Enhanced Edition.

DOS32A is a more advanced extender and open source replacement to DOS4GW. It can improve both performance and stability of System Shock.

System Shock has DOS4GW bound to each of its executables. Use the command sb /r sshock.exe or cdshock.exe to replace it.

A useful tool for those who don't own Enhanced Edition. Was formerly a community made abandonware package of the full game, though this was later changed to require the user to provide the game data after the game was released on GOG.

Easy to use configuration utility.
Provides all the above mods already in the package.
Has an installer that can easily find cd data.
Requires Windows, does not work on Mac nor Linux. Config files and mod components can still be used.
Still not native, unlike the Enhanced Edition. Also included DOSBox components may be out of date.

Some data is stored within the save files. 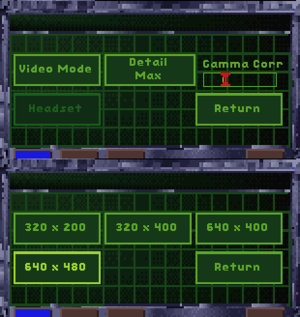 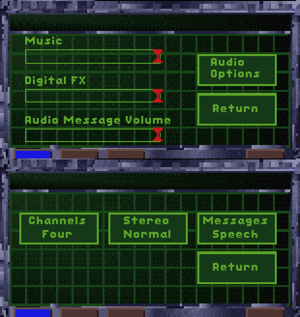 The CD version includes support for the VFX-1 headset.[5]

Support for the Gravis Ultrasound was removed in the transition to the CD version due to the inclusion of the Miles AIL3 audio library. A patch to re-enable it can be found here.

The source code for the Mac OS version is publicly available.