Multiplayer is still playable with LAN emulators or by modifying the Windows hosts file in System32.

A community mod patch that provides extra graphical fixes and other features for modern systems.

Fixes some graphical issues, particularly bump mapping issues with modern graphics cards that previously caused a crash.
Adds widescreen/4K support, with an customizable FOV slider.
Adds an optional FPS limit to deal with issues like the high mouse sensitivity in menus or the helmet shake.
Defaults game to English for workaround see Game is in the wrong language.

Additionally the mod comes with: 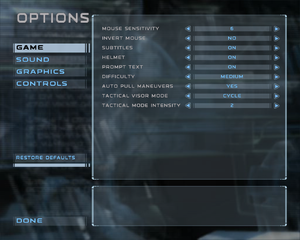 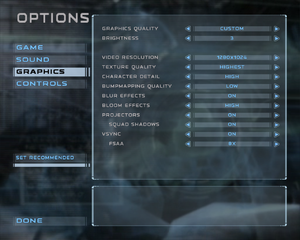 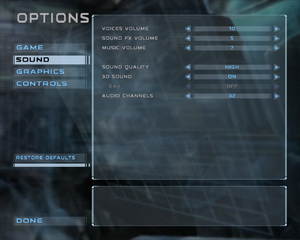 The max player limit for a dedicated server is 16. For non-dedicated, the limit is 8

This is a common problem, especially on ATI/AMD cards.
Intel HD Graphics are unaffected by this bug and can display the bumpmapped graphics natively.

If you get an error message saying, "Failed to detect Steam", "Problem starting up Steam", or something similar, try restarting Steam. If that does not work, try one of the following solutions

Game is in the wrong language

Modified textures and animations to represent the experience of an elite Arc Trooper, as well as 6 new maps interweaved into the main campaign.

Modifies the B1 Battle Droid textures from their default grey to a tan that better represents their appearances in the movies and other media.