Jedi Outcast's source code was initially released in 2013, however it was quickly pulled off by Raven Software. A mirror of the source code is available.

The digital releases (excluding the GOG.com version) do not include a manual; digital scans can be downloaded from ReplacementDocs.
A demo is available. See Demo exclusive level for more information.
Linux compatibility is only achieved via the unofficial source port.
A faithful higher quality icon for Windows can be found in the Files section.

It is included in the Steam and Mac App Store versions, and is required in order to run the OS X version on modern Macs.

Even after selecting "High quality" in Sound Options, music and sound effects play at only half their original quality. 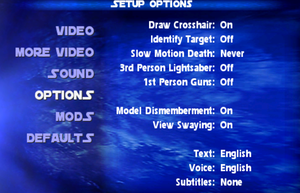 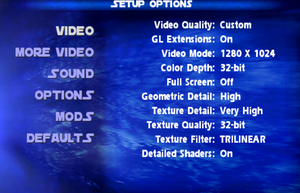 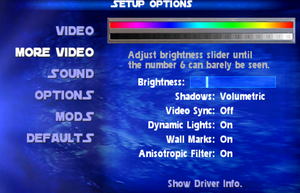 The option exists in Setup -> Options -> View Swaying, but is not always functional.

Since the game's built-in server runs at 20 Hz by default, it may exhibit a noticeable delay when pressing keys. This is especially noticeable on high refresh rate displays. To solve this, the server tick rate can be modified to be similar to the client FPS (com_maxfps). For example, if you use com_maxfps 120: 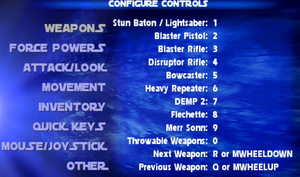 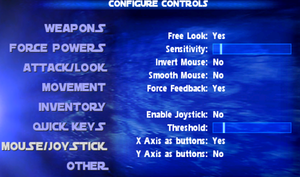 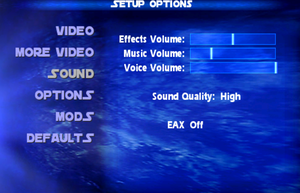 On GOG Español can be selected, but acts as if English is selected.

Changing the gamma setting in-game can change the gamma on Windows permanently, regardless of in-game settings.

This game is not coded/optimized to run on modern graphics cards, resulting in frame rate drops on some modern machines. This fix changes the method used to submit rendering draw calls.[9]

The demo version of the game features a level, "Mission at Alzoc III", that is not included in the main game. This can be played in the full game the without installing it separately.