Demo of the game features special levels, which are not a part of official game. See Demo Levels.

It is recommended to install this patch after updating a game to version 112100 / retail patch.

A fork of Kentie's Direct3D 10 renderer that adds more graphical features.
Run games at HD resolution.
Improved lighting.
Adds ambient occlusion, screen-space reflections and higher quality HDR post-processing.
Places a temporary watermark in the bottom right, and copies the developers PayPal link to your clipboard. Follow these instructions to disable the watermark and remove the PayPal link from being inserted into your clipboard.

Fusion Creative Design created 3 special levels for a demo version of the game. These levels were later on released as a free addon for the full game and can be downloaded here (Convergence for Windows V1.1). 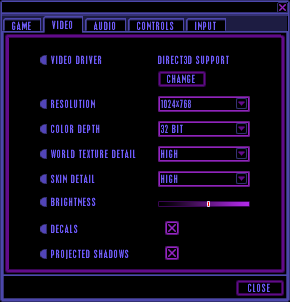 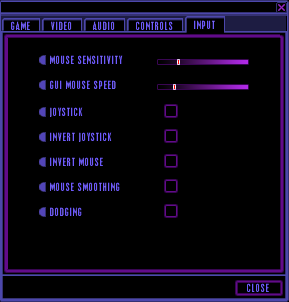 In-game options are limited to buttons remapping only. Below are instructions how to remap axis. 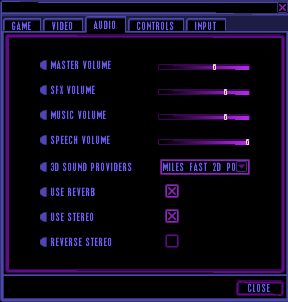 For some reason, even if a full version of a game is installed, some data are still being loaded from CD. This may result in a freeze when using physical compact disk, due to game waiting for a disk drive to spin the disk and load a data from it.

Camera keeps spinning, when a Joystick is enabled[edit]