Star Trek: Bridge Commander is a sci-fi action-adventure game with simulation, strategy, and vehicle combat elements. It was developed by Totally Games on the NetImmerse engine, and published by Activision. The game is set aboard a starship which the player can control directly or by issuing commands to their crew, and can be played from two perspectives; a third-person external view of the ship, or a first-person view of the player on the ship's bridge.

Bridge Commander has a single-player story campaign mode, a "QuickBattle" mode (allowing for custom battle scenarios), and a multiplayer mode with both online and LAN connectivity.

Star Trek: Bridge Commander was physically released in North America on February 27, 2002 and Europe on March 8, 2002. It received generally positive reviews from critics, holding an average score of 82 on Metacritic. The game received a Version 1.1 Patch which fixed various issues in the game and added the ability for multiplayer server hosts to ban players (optionally by IP). Totally Games also released an SDK, giving players access to various tools, scripts, documents, and tutorials to make it easier to modify and add to the game. Consequent to this, the game went on to develop a rich modding scene.

The game has been made available for purchase through GOG.com on September 8, 2021. 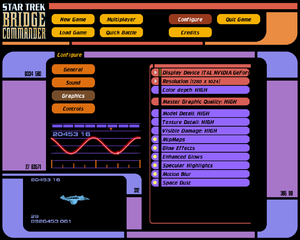 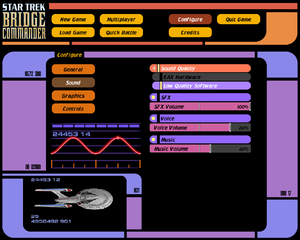 No port information; you can edit this page to add it.
This game does not support Universal Plug and Play (UPnP) for automatic port configuration.