Most of the fixes documented in this article target the DRM-free executable and will not work with other versions.
Keyboard controls cannot be remapped, and some controllers (particularly XInput ones) may not work properly with this game. See here for a workaround for XInput-based controllers.

Sonic Retro - A huge fan site for everything Sonic the Hedgehog. Mods for all the games can be found here.

SafeDisc retail DRM does not work on Windows Vista and later (see above for affected versions).
This game is not available digitally.
Released on 2 CD's. 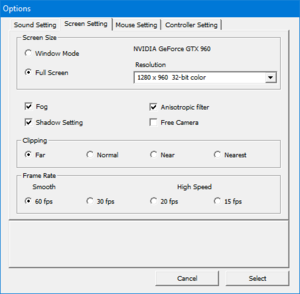 Split-screen multiplayer is capped at 30 FPS by default.

The PC version uses the FMV movies from the GameCube version, while the Xbox port's FMVs are much better in terms of video and audio quality. 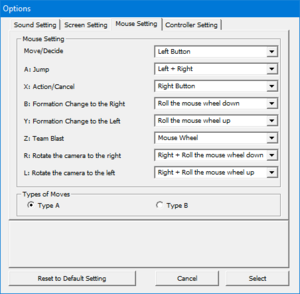 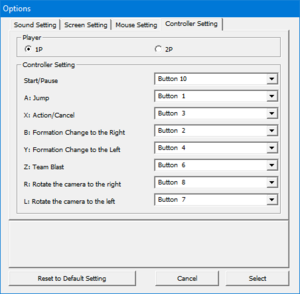 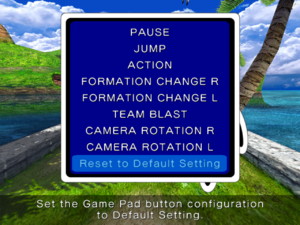 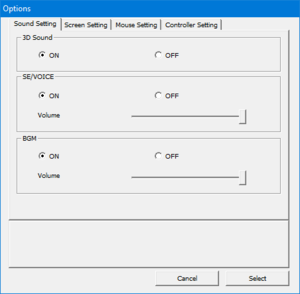 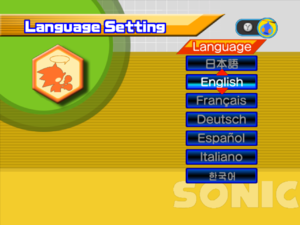 Language settings from the Options menu.

The non-Japanese versions only includes the English voice-over tracks, and lip-synching during FMV sequences are synched up to the English dub.

This setting will disable most in-game voice-overs without muting sound effects altogether, however, voice-clips that also have subtitles will still play out as normal.

This section may require cleanup to meet basic quality standards. The specific problem is: A bunch of these fixes are overwhelming/convoluted hex edits; consider converting those to Reloaded II mods. You can help by modifying the article. The discussion page may contain useful suggestions.

Certain voice effects are missing in some releases of the PC port.

The blue crescent particle textures are not included in the PC port of the game.

Bobsled HUD textures do not display.

You can see through frog feet.

The vertex paint disappears from the model at some positions.