Sonic Adventure DX is a cartoon third-person platforming game developed by Sonic Team and published by Sega and Activision Value, and was released for PC on September 14, 2004. It was the first mainline Sonic the Hedgehog game that brought the series into 3D.

The original Sonic Adventure, released in Japan on December 23, 1998 and localized for North America, Europe, and Australia between September–December of 1999, was notable for not only bringing the Sonic the Hedgehog series in 3D, it brought a larger emphasis on story elements, featuring full voice-acting with cutscenes animated in-engine and through FMV sequences. The game also featured six playable characters, each with their own unique gameplay styles and perspectives of the game's story.

The game was later re-released in 2003 for the Nintendo GameCube as Sonic Adventure DX as an updated version of the game, with a number of unlockable Game Gear games as an added bonus, however, it also features a multitude of changes that differ from the original Dreamcast version of Sonic Adventure. The 2004 PC version of Sonic Adventure DX, however, is a subpar port that is marred with inferior visual and sound quality compared to previous versions, a broken windowed mode, lacks keyboard remapping, and a camera spinning bug with certain controllers, among other problems; see TCRF for details. The 2004 PC version did not receive any official patches, however, it did serve as the basis of the 2010 Xbox 360 and PlayStation 3 ports (with the DX version's extra content separated as paid DLC), the former of which was then used as the basis of the 2011 Steam version (with the DX version's content mostly in-tact) and was later updated in 2014.[1]

The 2004 PC version has an active modding scene with many modders not only fixing the PC version's issues, but also have worked on restoring features that were altered or removed from the original Dreamcast version of Sonic Adventure. PkR, the author of The Ultimate Guide to SADX Sins blog, also has developed SADX Mod Installer, a tool that eases the installation of MainMemory's SADX Mod Loader and bundles various community-created mods to restore elements from the original Dreamcast version, or enhance the features of the GameCube version in this port. SADX Mod Installer can also downgrade the later re-releases of the game to the 2004 port.

Sonic Retro - A huge fan site for everything Sonic the Hedgehog. Mods for all the series can also be found here.

SafeDisc retail DRM does not work on Windows Vista and later (see above for affected versions).
A demo is available.
Alternatively, the Japanese version of the demo is available here. The different language demos can't be installed at the same time.
The default desktop icon used by the executable has issues with improper usage of transparency. A fixed version of the icon can be found in the Files section and it can be applied to the game's executable with SADX Mod Installer.

SonicDX##.snc is the game's save file for each save slot. Up to 10 save slots are available.
SONICADVENTURE_DX_CHAOGARDEN.snc is the game's Chao Garden save data.
A collection of save files after every level, boss fight, and cutscene, along with full completion saves can be found here.
Save files from the later PC re-releases can be converted to be compatible with the 2004 port with SADX Mod Installer. 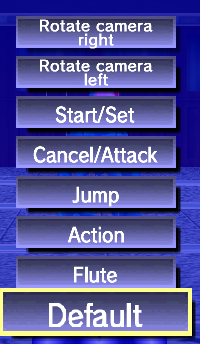 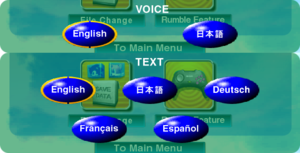 The game's windowed mode does not function properly and causes the game to be stretched out to 1434x730, regardless of resolution selected from the game's configuration tool, resulting in grainy and distorted graphics.

Certain controllers may cause the game's camera to spin around and cannot be stopped unless constantly holding down the in-game Whistle button.

The configuration tool provided with SADX Mod Installer has an issue where the R2 button is always being pressed without input from the player, resulting in the inability to properly remap controls and camera always spinning during gameplay.

This section assumes that you have already patched Sonic Adventure DX with SADX Mod Installer. The later re-releases needs to be downgraded first before modding the game.
SADX Mod Loader, included with SADX Mod Installer, eases installation of mods without replacing files, as well as configuring game settings and mod options (if available).