From PCGamingWiki, the wiki about fixing PC games
(Redirected from Serious Sam II)

Steam version has been continually updated to fix bugs, add features for modern systems such as built-in widescreen and controller support, and also change the online multiplayer servers to Steamworks.[1][2]

Serious Sam II Patch 2.070. Do not install this if you have the German version as it can cause various problems due to the game's copy protection.[3] The Steam version also doesn't need this patch as it's already updated past this.

flibitijibibo has made an unofficial installer that simplifies installation of the game on Linux. If you own the game, download the installer at http://www.flibitijibibo.com/fedora/installers/flibitSam2_2070b.tar.gz.

Running the game in Linux[edit]

To run the game, just run serioussam2 in the installation folder. You may have to chmod +x it first.

To run the editor, just run serioussam2-editor in the installation folder. You may have to chmod +x it first.

Getting audio to work[edit]

To get audio working, move to the root of the Serious Sam 2 installation and make a symlink to your 32-bit libopenal.so. For Fedora, it looks like 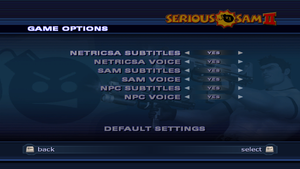 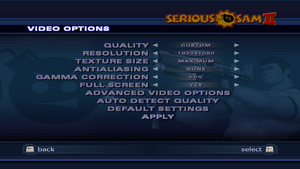 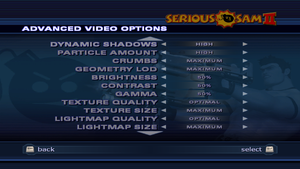 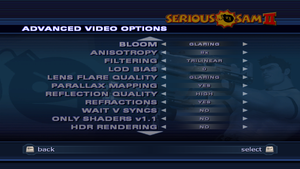 Steam version has fixed aspect ratio support.[5] Non-standard resolutions still need to be edited manually and can't be selected in-game, but aspect ratio or FOV do not need to be adjusted for Hor+ ultrawide gameplay. 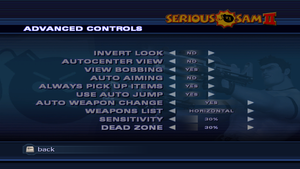 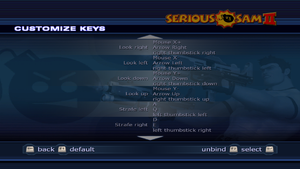 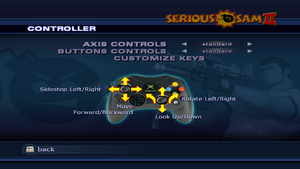 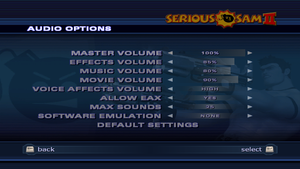 Physics and scripts that break preventing the game from continuing[edit]

At high frame rates above 200fps physics and scripts break[9]

Open the console (~ by default)