Saints Row 2 is a singleplayer and multiplayer third-person action, shooter and open world game in the Saints Row series. It was originally developed and released for the Xbox 360 and Playstation 3 by Volition, but was ported to PC by CD Projekt Black on request of its publisher THQ, though with very little involvement from Volition.[1]

Upon release of the PC version on January 5, 2009 reviewers noted the version suffered a wide array of issues such as unplayable performance, graphical issues, subpar driving controls, and lack of mouse support in menus.[5][6]

In the first two months of release CD Projekt Black released patches focused on improving general performance and crashes, removing the original 32 FPS framerate cap, adding 16:9 resolution support, as well as various other fixes,[7][8] though the game remained affected by critical issues that there would never be an official fix for, necessitating modders to step in. The DLCs for the game were never released for PC and remain exclusive to the console versions.

The development of a free patch, handled by Volition, for the PC version was announced in October 2019. It was noted that this patch would bring performance improvements, bug fixes, improved draw distance, improved audio quality, various enhancements and all DLCs from the console version as well as restore online coop and multiplayer through Steamworks integration.[9][10] As of September 2022 the patch remains unreleased but still in development.[11][12]

As of 2022 mods remain essential to fix multiple issues affecting the game, add new QoL features, as well as improve compatibility with modern systems. The GOG.com version has a 30 FPS frame rate cap to fix various animation and cutscene issues, though this can be removed.

The German version of the game is heavily censored and will not work with mods and tools.[14] German copies are also not available for Linux.[15]

DLC was never released as the port developers dropped support for PC and never patched the game further.

Depending on the speed of your CPU, Saint's Row 2 can run at either double or triple the intended speed.

Gentlemen of the Row Super Mod[edit]

Gentlemen of the Row offers bonus content with over a hundred new items, music, and customization options in-game, as well as tweaks and bug fixes.

Tweaks many aspects of the user interface to be more intuitive.
Ability to purchase clothes and ammo from any crib.
Requires Gentlemen of the Row Super Mod.
SuperUI settings won't save if changed from pause menu.

PC Port of Saints Row 2 has a very poorly compressed audio with quality of 22050 Hz mono.
High Quality Radio mod replaces PC sound banks with high quality sound banks from the Xbox 360 version (32000–44100 Hz stereo).
Another way is execute download_depot 9480 401480 in steam console, then replace all music*.vpp_pc files with new downloaded depot's files. This will use Linux/MacOS version files which contain higher quality radios to replace the original files. DO NOT REPLACE audio.vpp_pc, or loading screen will be stuck at 5%. 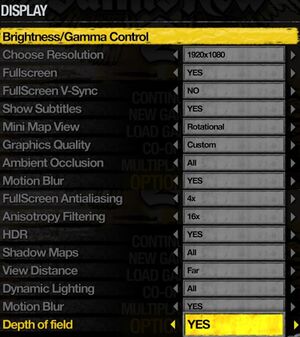 The GOG.com version has a forced 30 FPS cap to fix cutscene issues. 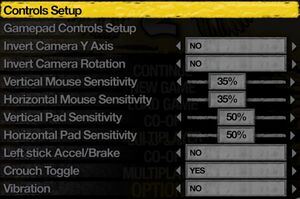 The network code for Saints Row 2 is extremely sensitive, and when coupled with the speed and timing issues of the game, can forcibly disconnect certain users when others join. The game's PC multiplayer is considered inherently broken with the exception of co-op.

The Unofficial FAQ hosted on the game's Steam Users' Forum may be helpful in finding fixes for any issues you may be having.

Crashing when starting a new game[edit]

As a result of issues surrounding the original engine, some stuttering may be observed during gameplay due to streaming issues.

This mission cannot be finished in co-op unless in the rare case when the mission initializes correctly at that point.

Text in the top left of the screen[edit]

Timeout when trying connect to a co-op game[edit]

Objects held by characters in cutscenes are misaligned[edit]

By using command line parameters you can force the game to use the specified language or access other features. (List was mostly taken from Gentlemen of the Row Super Mod's Readme files)