It's necessary to enable DirectPlay.
RVGL is a cross-platform rewrite/port of Re-Volt that runs natively on both Windows, Linux, Android and macOS.

Allows for the creation of fully-custom tracks of comparable quality to those in the original release.

Similar in premise to Phoenix R3, but with expanded capabilities
Only supports patch 1207.[1] 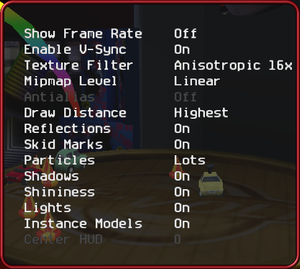 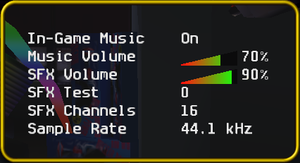 A number of situations will currently cause the game to crash, none of which have yet been resolved. Currently, these include:

Graphical glitches are common in v1.2. A basic listing of unresolved issues is as follows:

There are a number of issues with the game's multiplayer mode, including crashing and object inconsistencies, as well as bad syncing and bad starts, often preceded by a hang at the loading screen. Saving replays also often results in a bug. There is currently no known fix for any of these issues.

Game does not start (Windows 10)[edit]

This applies to the GOG.com version. Delete or rename winmm.dll in the installation folder.[4]

This allows the user to change the top speed, acceleration, steering rate and wheel size, as well as detailed vehicle dynamics settings, effectively allowing the user to 'tune' the vehicle.