OpenNox is an unofficial extension of the Nox engine for preservation, modding and compatibility purposes.

This game has an AUTOSAVE folder and Save Slots 1-13. The Working folder saves your current map discovery progress, as well as other activated triggers in maps you've already been to, etc. Do note that the Autosave folder has it's own working folder, so that's something to keep in mind. 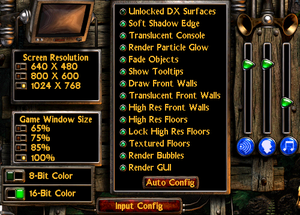 Run Nox in Windows 98 / Windows ME compatibility mode to avoid this issue.
The GOG.com version already includes this fix.

"Westwood Online is not installed on this computer" error[edit]