The official master server for multiplayer was shut down on November 3, 2008

The official No One Lives Forever website has been shut down so you have to download the patches from a 3rd party. The fansite UnityHQ still host all the files needed to play online.

The latest official patch is v1.3. The patch is available in the following languages: English, French, German, Italian, Spanish. It can be downloaded from the Files section.

Fixes some long standing bugs and updates some more outdated features of the game.

Files are autoexec.cfg and display.cfg 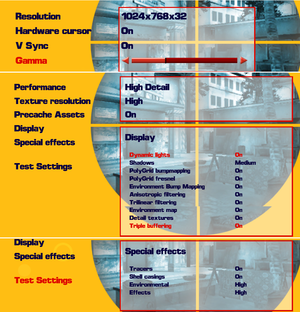 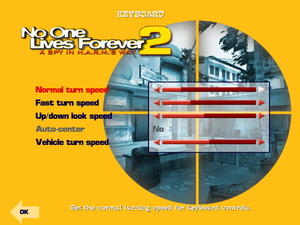 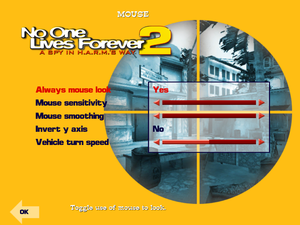 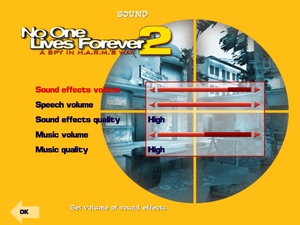 Stuttering when guards are alerted[edit]

The game has problem with music overlapping when guards enter search mode on framerates higher than 60fps.

The ingame mouse sensivity is too high.

Vsync (Enable by default) not working on Windows10[edit]