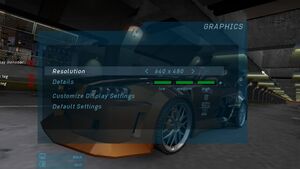 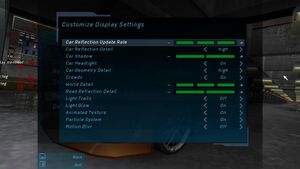 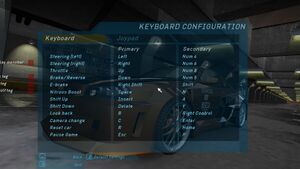 Alternative controller for DualShock 3 and 4[edit] 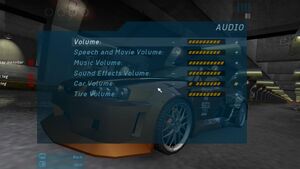 Windows Vista and later lack a file needed for the game to remember custom mappings.

This problem occures because both games use the same name for their main executables (speed.exe). After installing one game and attempting to install the other, its autorun program assumes it's already been installed.

The game occasionally freezes on loading screen or after race[edit]

Background of magazine covers are black[edit]

Makes it possible to progress through the game without ricing the car.

Let's you use debug features, such as the debug camera (AKA freecam)

It adds new lighting so that it better reflects the atmosphere of street racing at night.

Improves the visuals and exaggerates the night time feeling

A mod features PlayStation 2 effects not found in the vanilla PC version: