Moss is a third-person adventure platformer game with action and puzzle elements. Game is played from first-person perspective, where player character can interact with the game directly using motion controllers and solve enviromental puzzles and control the protagonist with button controls and do platforming, generating unique gameplay with "second-person" perspective. Game was created and self published by Polyarc.

Free DLC Twilight Garden was released as an update in June 25, 2019 and is automatically accessible trough the levels of the main game. Game has also been updated to support newer headsets and motion controllers including Valve Index. 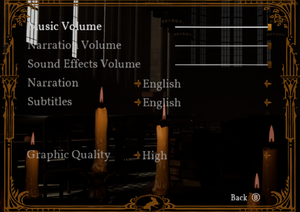 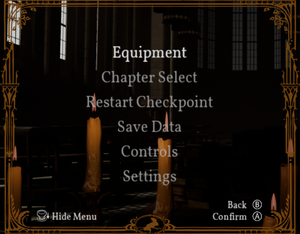 Input settings option in pause menu. With Steam version of the game, option opens up controller settings in Steam overlay.

If the game has trouble determining what controllers are in use, it will fall back on default ones, e.g. with SteamVR it will then show Vive controllers. Even though regular controllers are not supported, game still takes input from them and this can cause for this to happen.