Original description. It had been previously posted on Guru3D.com forums, but later removed.[1] It was later recovered by Neurochild and hosted on his blog until its closure in 2016.[2]
Re-encoded files from the PS3 version, with improved video and sound quality. All languages for the game are supported. 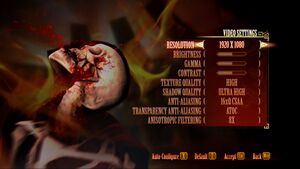 Letterboxing can be removed by using the checkbox in the game's launcher. To open the launcher, choose "Run Advanced Options Configuration" when launching the game via the Steam client's Library or run <path-to-game>\DiscContentPC\MKLauncher.exe 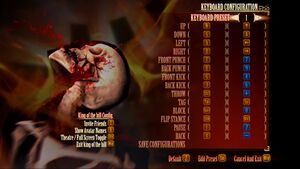 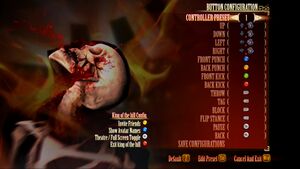 For more information on issues like game not opening, not being able to see players in lobbies etc. https://steamcommunity.com/sharedfiles/filedetails/?id=323185654

When Windows text scaling is enabled, the game will not allow a high resolution to be selected (e.g. 720p is the highest available on a 1080p display)[citation needed]

Black screen when exiting the game[edit]

The game tries to run at a constant 60 FPS, and sometimes slows down if it can't be processed fast enough.

After starting the game once, loading it up a second time may cause to show the splash screen briefly before crashing.

Online multiplayer may not show any matches/lobbies at all.

Windows XP and DirectX 9.0c and below not supported.