Mighty No. 9 is an anime action platforming game developed by Comcept and Inti Creates and was published by Deep Silver. It is the spiritual successor to the classic Mega Man sub-series in the Mega Man franchise and was developed using Unreal Engine 3.

The game was crowdfunded through Kickstarter with its campaign launching on August 31, 2013, which met its initial $900,000 funding goal roughly four days after its launch, and eventually raised $3,845,170 at the campaign's end with a version developed for Windows, Mac OS X, and Linux among other console and handheld platforms.[3] The game, however, had at least three delays during its development; originally planned for an April 2015 release window, it was delayed until it was finally released on June 21, 2016 in North America and June 24 worldwide the same year through Steam and DRM-free Humble Store downloads for the computer versions. The game's launch, however, had issues as some of the game's Kickstarter backers reported having incorrect or broken keys to the desired platforms.[4] Some Kickstarter backers also received a DRM-free copy of the computer versions on DVD and/or a USB flash drive styled after a NES or Famicom cartridge, as well as the Golden Beck costume and Mega-Xel ReXelection DLCs depending on the amount pledged towards the game's Kickstarter.

Some settings of the game are accessible from the main menu while others are found within the game's pause menu; both option menus are located from the in-game hub. A majority of the computer version's issues for some players seem to be related to the game's MSAA implementation and controller support favoring DirectInput controllers over XInput ones, a reoccurring issue with Inti Creates' other titles on PC. Despite being developed for 64-bit operating systems, the Windows version on Steam calls the game through its 32-bit executable, meaning Steamworks features such as Steam Achievements and leaderboards are inaccessible when launching the game through its 64-bit executable.

It's online multiplayer features are unfortunately broken as one player plays fine while the other suffers low framerates, regardless of their internet connection speed. The PC has not seen any patch updates while the Mac OS X and Linux versions has seen a few from its porting team. 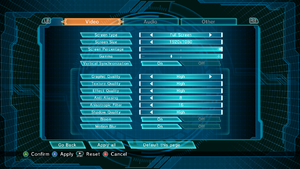 Graphics settings under settings menu. Screen percentage is resolution scaling and only goes up to 100%.

Xbox 360 prompts are always shown, regardless of what input device being is used. 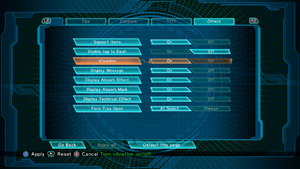 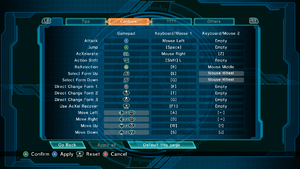 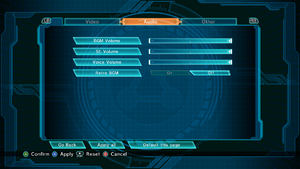 Game hooks into one of the devices identifying itself as controller and ignores the rest. This means that usually especially XInput compatible controllers might get ignored.

For majority this seems to be MSAA setting related.