Re-released as a free download for the series' 20th anniversary.[1]

Patches are available. Patch 1.01 is included in the Expansion Pack.

The Sierrahelp Metaltech: Earthsiege Installer automatically applies the latest patch and configures DOSBox with optimal cycles and MIDI settings as well as to play the game from the hard drive.

Works with the freeware release.

Usage of a joystick is highly recommended. 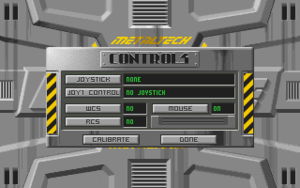 Sometimes you'll get an error with the floppy versions' installer and it simply wont install the expansion.

CD version requires a Sound Card with a Digital Analogue Converter (DAC) to play the video intro sequence; playing without one will cause it to play too fast.