From PCGamingWiki, the wiki about fixing PC games
This page is a stub: it lacks content and/or basic article components. You can help to expand this page by adding an image or additional information.
This page may require cleanup to meet basic quality standards. You can help by modifying the article. The discussion page may contain useful suggestions. 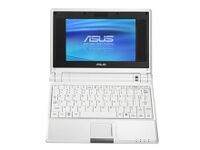 Low end gaming can be defined as gaming on modest 'low end' system requirements. Because of the way that PC hardware continually develops, there is no fixed definition of what can be considered 'low end'. However, PCGamingWiki has chosen to focus on providing information about gaming on hardware that is 'pre-Ivy Bridge', or requires modest hardware that achieves a score of less than 6000 in 3DMark06.


This page is closely related to the /r/lowendgaming subreddit.

PCGamingWiki has chosen this cut-off point to determine what is low end gaming because, as of 2012, Intel's Ivy Bridge (on its impressive HD 4000 chip) and AMD's Fusion chips will provide relatively high quality 3D performance as a standard for virtually all computers in the future. This is in stark contrast to previous generations of integrated GPUs such as HD 3000 or GMA 950, which had very poor 3D performance compared to dedicated GPUs of its time.

When it comes to Windows system family, Windows 7 or Vista can be used for low-end gaming. The former being more common than the latter, however both are available in 32-bit and 64-bit versions and can be customized to use the classic appearance and disable their composer, Windows Aero, exchanging wasted CPU cycles for minuscule RAM savings.


Another alternative is using Linux system. Desktop environments such as XFCE or LXQt are very lightweight and provide little to no compositions and distributions such as Lubuntu, Xubuntu, PeppermintOS and Bodhi Linux are made specifically for low end computers. Mixed with proper kernel and drivers it may provide a better low end gaming experience than Windows, especially when most open source games have a low system requirement. For playing Windows games on that system, you may also consider using Wine which, depending on the GPU can provide a native support for DirectX 9 games through Gallium Nine under AMD or Intel, as long as the latest version of Mesa is installed (Current version is 17.x.x) and enabling it's support through Staging tab in WineCFG if you are using Wine Staging Nine.


It is also entirely possible to turn your low end PC into a fully fledged console by installing Lakka. It is a Linux distribution based on LibreELEC with the whole purpose of running only RetroArch which is already included and it can be also installed and support Raspberry Pi.

On a typical low end graphics system, such as a GMA 950, games which do not utilise 3D are more likely to run smoothly. While there are many things to take into account when investigating whether or not a game will run on such a machine, the single biggest factor is age. Most games released 8+ years ago will run fairly well on anything short of an old toaster netbook. This being said, another important thing to keep an eye on is the genre. First Person Shooters are much less likely to run well than, say, Real Time Strategy games.

Emulators tend to run well on low end hardware, for example, the emulation of PlayStation and Nintendo DS titles. PlayStation 2 and other more recent consoles are likely to require high system requirements to run well although there are exceptions. RetroArch is the most recommended all-in-one frontend for emulators which allows you to play multiple systems such as NES, SNES, Sega Genesis etc. with the use of cores that can be downloaded in software, which also provides the PS3-like menu which can turn a low-end PC into a multi-console station although it's UI can be cumbersome to new users. Refer to the Emulation Wiki for more information or recommendations on lightweight standalone emulators.

Flash games typically perform well on integrated graphics if they are run within their own process, for example, Machinarium or VVVVVV. However, many Flash games are integrated into browsers. Unless one has a GPU with hardware Flash acceleration, one may experience a great deal of slowdown playing certain Flash games. For example, The Binding of Isaac provides a very poor experience even on relatively good hardware. Linux users should consider installing the Adobe Flash Player package in their repository if considered to run flash games on the internet.


One of the more useful things to keep in mind is that the minimum resolution for a game might not be shown in the in-game options. This happens surprisingly often and the lower resolution can often bring the frame rate from something unplayable to something manageable. The most common way to get to such small resolutions is to find and edit the relevant configuration file, but as always this depends on the game you're dealing with. Although, there has been many successful methods to changing the config file of a certain game, mainly the most popular ones.

Google Chrome has its own implementation of Flash, known as PepperFlash.


If you experience problems with flash games, you can switch to the official Adobe Flash player by opening chrome://plugins/, expanding details for ShockwaveFlash, and disabling the entry for pepflashplayer.dll. This shouldn't be required for most games, but is a known issue with Kongregate and rare flash games.