FREE Multiplayer that is still active via a seperate patched FEAR Combat client.
Great 32:9, 21:9, 4k support, provided you use the HUD fix (below)
Additional weapons, instant action levels, and a bonus mission are only in the console versions. Also, content added in F.E.A.R. Files, an Xbox 360 port of expansion packs, is not present on PC.[1]

The GOG.com and Steam releases include both F.E.A.R. Extraction Point and F.E.A.R. Perseus Mandate
The GOG install removes SecuROM, GameSpy, and Punkbuster. GOG is 15.6GB [136 files], Steam is 16.5GB [161 files].[3]
Not available for sale on GOG and Steam in Germany.

The latest version for the base game is 1.08.

The game struggles to go above 60fps by default. Use this patch to fix it.

Substantially increases the quality of audio in the game. Restoring surround-sound, reverb, echo, and other effects.

Too unstable on the Retail version. (Frequent crashes and geometry disappears when hitting a checkpoint)
AI upscale texture pack that has been processed to aim for stability and upgrading textures that practically improve visual quality.
The installer no longer features a basic install option, but rather includes a separate Lite version of the files to use to overwrite over a full installation for stability.
Supports Extraction Point expansion.
Does not support Perseus Mandate.
Completely replaces some textures with new ones.

Only works in base game and Extraction Point, not for Perseus Mandate. 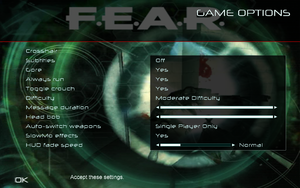 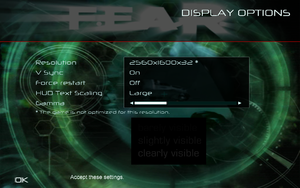 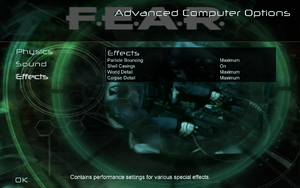 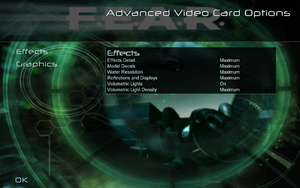 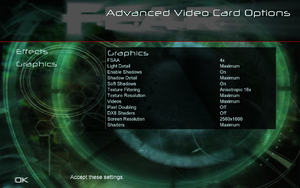 Widescreen fix is required for the expansions only (Steam and GOG versions).

In-game FSAA setting must be set to Off before enabling 4K resolution, otherwise you will be stuck in a black screen. If this happens, reset resolution via settings.cfg. If you need AA at 4K, see Anti-aliasing (AA).
F.E.A.R maintains 1:1 HUD scaling at all resolutions (i.e. there is no HUD scaling). This has the benefit of keeping HUD elements sharp, but they also may become very small on high-density monitors, such as 4K monitors sized below 30". Use this fix corresponding to your chosen resolution to increase the HUD size.

FSAA is unavailable in windowed mode. See Anti-aliasing (AA) for an alternative.
If this method doesn't work or causes issues, you can try Borderless fullscreen mode. 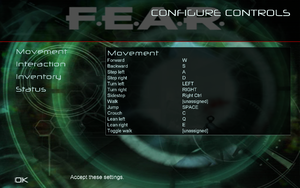 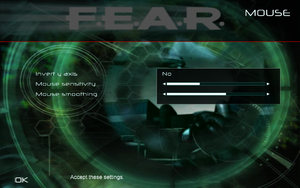 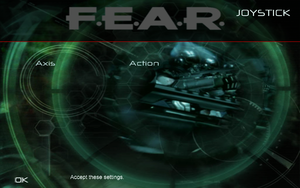 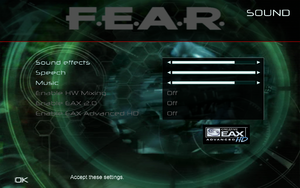 When playing the game, exiting and launching it again without logging out of Windows, saving can take very long. To work around that, log out and back into your Windows profile (or restart your computer) before re-launching the game.[11]

This is most likely related to issues with frame rate / VSync.

Control key settings are not assigned[edit]

(nVidia only) Enhancing the in-game AA to SGSSAA may solve this issue as well. (further testing is required)[19]

The Steam version includes the SDK with the game.[22] Make sure you read instructions