Disneyland Adventures is a remaster of the 2011 third-person open world Kinect for Xbox 360 video game Kinect: Disneyland Adventures, which was originally developed by Frontier Developments and runs on the Cobra engine. The remaster was developed by Asobo Studio. Microsoft Studios (today Xbox Game Studios) published both the original game and the remaster. Disneyland Adventures takes place at Disneyland Park in Anaheim, California circa 2011, wherein players control a customizable child guest to the park. Disney and Pixar characters appear as "themselves" instead of costumed characters, both within the park and in various mini-games based on several Disneyland attractions.

Disneyland Adventures was released for Windows 10 on October 31, 2017 via the Microsoft Store. A version that added support for Windows 7, 8 and 8.1 along with 10 was released on retail discs and Steam on September 14, 2018. 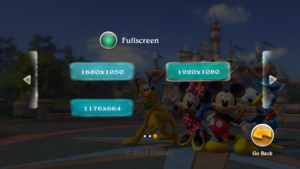 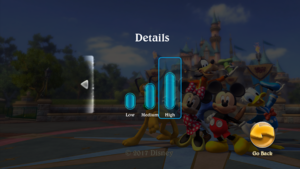 The simplistic "details" setting, with only "Low", "Medium", and "High" options. 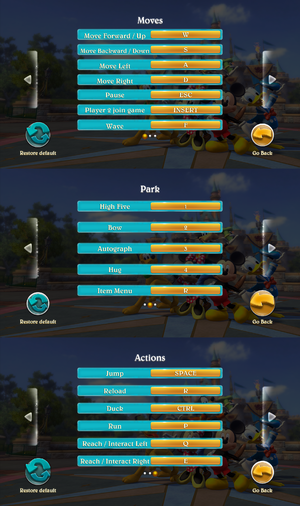