From PCGamingWiki, the wiki about fixing PC games
(Redirected from Diablo II: Lord of Destruction)
This page may require cleanup to meet basic quality standards. You can help by modifying the article. The discussion page may contain useful suggestions.

This page is for the original release. For the 2021 remaster, see Diablo II: Resurrected.

Diablo II is a singleplayer and multiplayer bird's-eye view and isometric ARPG game in the Diablo series.

Active community.
Ongoing support for compatibility and other issues. Patches for the game have been released as recently as April 2016.
Official support for Intel Macs was added in via the v1.14a patch.
Single player frame-rate is capped at 25FPS; see Mouse lag/low frame rate in singleplayer.

D2DX is a complete solution to make Diablo II run well on modern PCs, with high fps and better resolutions.
Adds widescreen support for 1.14d and lower.
Bypasses the internal 25 fps limit and allows up to 60 fps.

A mod that fixes many bugs (and includes some bugfixes from other creators, like Fixed Font mod) and adds few important QoLs. 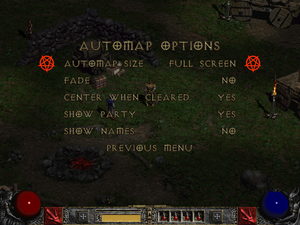 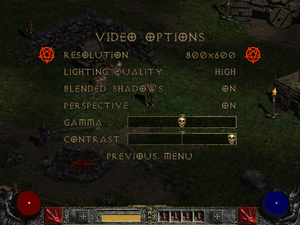 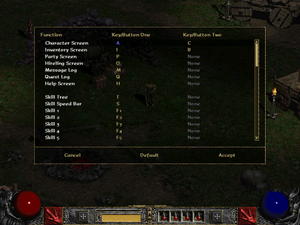 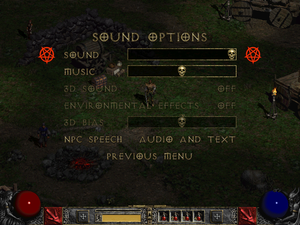