This page is for the fan-made remake of Deus Ex. For the original, see Deus Ex.

Soundtrack is available for free on Bandcamp.

Also known as Unreal Direct3D 10 renderer.
This renderer may exhibit stuttering and performance issues with Nvidia driver 442 or newer.[1][2] 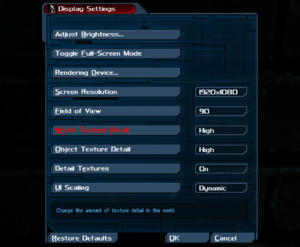 This fix makes the game start in windowed mode rather than fullscreen, so tools like Borderless Gaming can work properly.

The game defaults to 16x anisotropic filtering. This value can be modified.

The game uses MSAA and defaults to a value of 8x. This value can be modified.

The game defaults to an uncapped FPS. If needed, a FPS cap can be applied. 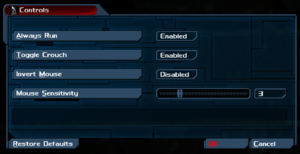 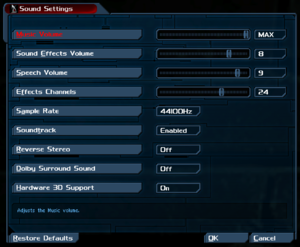 If the game's FOV cannot be set using the in-game options menu, you may need to disable the game renderer's auto-FOV setting.

The Revision mod officially requires the Steam version of Deus Ex.[10] However, it is possible to play Deus Ex Revision with a non-Steam version of the original game, by adding parameters in the executable target:

This section may require cleanup to meet basic quality standards. The specific problem is: letter case, format and length. You can help by modifying the article. The discussion page may contain useful suggestions.

Free products like this mod cannot be "bought" with a copy from family sharing. These instructions describe how to install manually the mod over a family-shared steam version (or a non-steam version).

A 64-bit operating system is recommended.