Crysis: Warhead is a singleplayer and multiplayer first-person action, FPS and shooter game in the Crysis series.

Very taxing, even on modern computers, due to limited threading capabilities.[1]
Crysis: Warhead is the single player campaign while Crysis Wars is the multiplayer section of the game.
Installation of Punkbuster etc. can be skipped / canceled without problems.[2]

Installation of Punkbuster etc. can be skipped / canceled without problems.[2]

See the cw-launcher project. Read this Steam guide to get it working. 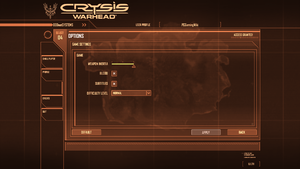 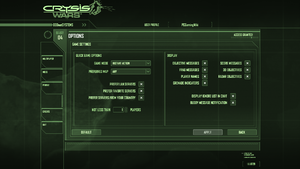 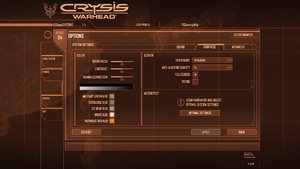 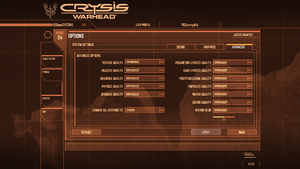 Crysis: Warhead by default disables AF because the engine as-is does not support using AF with parallax occlusion mapping (POM). This mod allows the engine to use AF and POM at the same time. 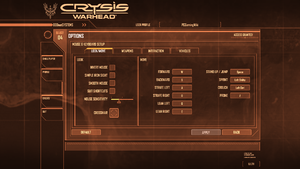 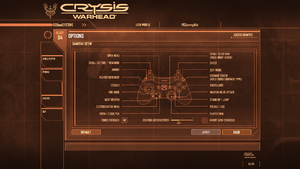 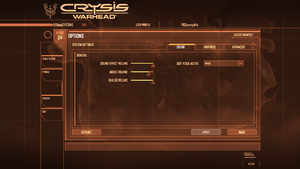 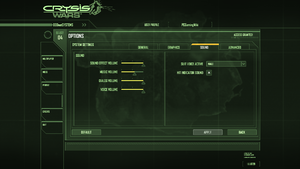 By default, mouse2 (mouse right click) is permanently mapped to the dual wielding secondary fire command, regardless of what mouse2 is actually mapped to in-game. The only way to remap the command is to manually edit the profile key map file.

The game may set your monitor's refresh rate to its lowest supported refresh rate when in fullscreen mode, resulting in a lowered FPS when Vsync is on, and heavy screen tearing and/or stuttering even if FPS is high.

Crash to desktop when using MSI Afterburner's On Screen Display[edit]

Crash when saving or loading[edit]

By default Proton will use ESync to synchronize game threads. This does not work well with Crysis Warhead.

By default Lutris Wine builds will use ESync to synchronize game threads. This does not work well with Crysis Warhead.