From PCGamingWiki, the wiki about fixing PC games
This page may require cleanup to meet basic quality standards. The specific problem is: Slim down the essentials section to the very least, double check the other fixes. You can help by modifying the article. The discussion page may contain useful suggestions.

The game has some compatibility issues with older operating systems such as Windows 7 due to the outdated graphics stack (WDDM).[3]
You can disable fullscreen optimizations to reduce FPS drops and improve response time through the properties of the launch file in the compatibility section (in Windows 10 in some cases it may cause performance drop)[3] 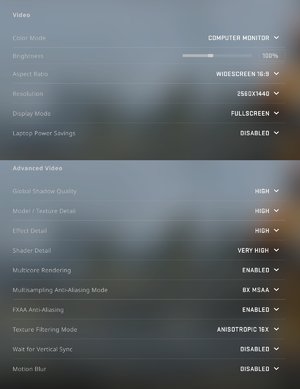 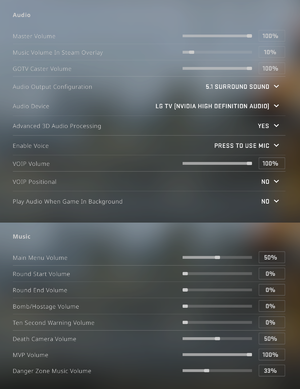 Reportedly other issues with surround sound with the Logitech G35.[16]

"An issue with your computer is blocking the VAC system. You cannot play on secure servers."[edit]

Game crashes with window "Wait for the program to respond"[edit]

Game crashes without error message when loading into a server[edit]

Failed to find and connect to an acceptable dedicated server[edit]

Some maps are way too dark on Intel HD GPUs[edit]

Black screen on launch, but audio can still be heard[edit]

Rendering issues on AMD/Intel under Linux[edit]

"Your graphics hardware does not support all features (CSM) needed"[edit]

The game will fail without Cascaded Shadow Mapping support.[37] Unfortunately the feature is hardcoded to be available only on the three common GPU vendors.[38]