Also known (unofficially) as Commander Keen: The Lost Episode or Episode 3.5
Game's source code was released by Softdisk. It can be downloaded here.
Despite being listed in settings, support for in-game music was cut prior to release along with digital effects support for the Sound Blaster & Sound Source devices.[2]

This game is no longer available digitally.
A shareware version is available here.

Unfortunately Keen was from an era of computing before downloadable patches were a norm. Instead, a fully patched version of the game would be sent in the mail. The old version had to be uninstalled and deleted and the updated copy installed in its place. As the update is already the full game, it would be illegal to distribute it. Luckily, Several dedicated fans have made homebrewed patches to update (or downgrade if you want) every official keen game. These patches edit the files to make the changes, no warez used! The original discussion thread for them can be found here.

You could alternatively use the shareware version above, but note that unlike the other shareware episodes, you need the registered version to get the latest version. This episode also has additional nagging ("Don't forget to register your copy!") screens.

A launcher for the entire Keen series can be found here (runs in DOSBox). For a modified version of this same launcher that also supports this game (for people whom don't have the native Steam version), try the following:

The executable names (keen*.exe etc.) may have to be edited to fit your particular version of Keen. There are many versions. You could also replace the executable calls with CKPatch scripts if you wish to keep a customized aspect of the game always that way when you run it.

CKPatch is essentially a tool needed to load some mods (such as total conversions, or even just simple hacking) into the Keen engine. It does so by "patching" the engine in memory, hence it's name. For simple single script patches for Keen Dreams, look here.

If loading of a mod/script fails, you may have to uncompress the keen executables using UNP or UNLZEXE.

A reverse engineered source port is available. Alternatively the game's source is available and you could build you own version. 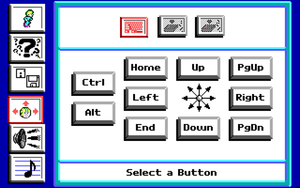 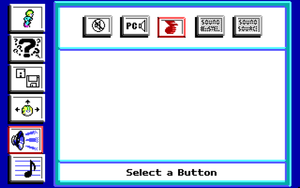