Bullet Witch is a post-apocalyptic supernatural third-person shooter game originally developed by Cavia, ported by Marvelous, and published by XSEED. It is the spiritual successor to the Ghost in the Shell: Stand Alone Complex game for the PlayStation 2.

The game was originally released in Japan for the Xbox 360 on July 27, 2006. It was previously localized by Atari and released overseas on February 27, 2007, however, unlike the Japanese version, Atari was charging players for all of the Conception Missions downloadable contents that were originally free for the Japanese version while lying about other changes for the game during localization.[1] A PC version was later developed by Marvelous and XSEED, which was released through Steam and Humble Store on April 25, 2018. The PC version is based around the game's original Japanese version's gameplay elements, features higher resolutions and framerates over the Xbox 360 version, includes all of the game's downloadable contents, and implements a dash ability that was initially cut from the Xbox 360 version.[2]

The PC version received some updates to address some major issues such as facial animation errors after casting the Meteor spell, the game not working properly with Steam in Offline Mode, and restricted resolution options. Unfortunately, Marvelous stopped supporting the game as of v1.05. The game also lacks dual-audio support and uses only the English dub, even in the Japanese release, however, a Japanese voice mod by NSM53 PROJECT is available.

The DRM-free version does not have achievements or access to online leaderboards.

All the extra costumes and Conception Mission DLCs from the Xbox 360 version are built-in for the PC version. 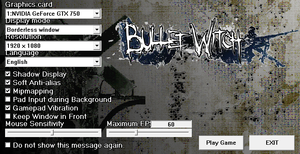 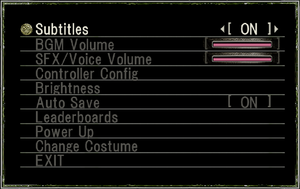 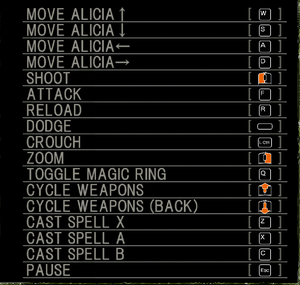 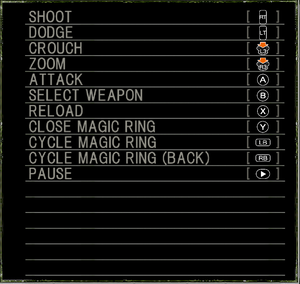 This is caused by the engine incorrectly overpolling the USB I/O in Windows in keyboard and mouse mode.

Mimimum requirements are based on the game running at 720p at 30 FPS.