StarForce DRM for this game does not work on some versions of Windows (see Availability for affected versions).
GameSpy online services have been shut down (see Network for solutions).

Breed is a first-person shooter with squad management and vehicle combat developed by Brat Designs.

The game was released in 2004 to a mixed reception from gamers and critics. Many criticized its poor release which featured many bugs that affected gameplay and stability of the game.

The game is currently unavailable for sale in digital stores, while rare second-hand retail copies of the game remain protected by StarForce 3 DRM[Note 1], which makes them unplayable on modern operating systems. A single patch was released fixing 6 bugs in single-player and a dozen in multiplayer[6] before the project was abandoned leaving many of the game's issues unresolved.[7]

StarForce DRM for this game does not work on some versions of Windows (see above for affected versions). 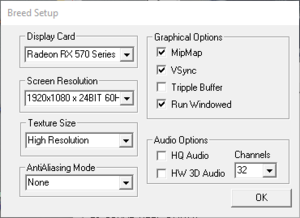 The game's launcher and its settings 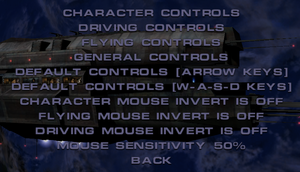