Acceleration of SUGURI 2 is an anime sci-fi shooter fighting game developed by Orange_Juice and published by Fruitbat Factory. It is the spin-off sequel to sora and was developed using Luna3D.

The was game originally released during Summer Comiket 80 on August 13, 2011. The game, however, had multiple gameplay and balance issues during its initial release as well as missing features that was planned for the game. Thankfully the game's original Japanese release was received patches that addressed these issues as of v1.3a. The game was later localized by Fruitbat Factory and released through Steam on March 7, 2018, and features various improvements over the original Comiket 80 release, such as higher resolutions with widescreen support, native keyboard remapping, XInput controller support, and online multiplayer through Steamworks.

The overseas version of the game has continued to received content updates with features similar to 100% Orange Juice!, gameplay rebalancing, and other quality-of-life improvements. A roadmap of content updates and planned features to come can be viewed here. The game also has a niche multiplayer scene through the publisher's and the unofficial acceleration of SUGURI 2 Discord servers, with torunaments being hosted on the Suguri_TV twitch channel. The game was also featured in a tournament in CEOtaku in 2019.[1]

A demo for the original Japanese version is available from the developer's website, and the overseas version's demo with online play is available on Steam.
Owning Acceleration of SUGURI 2 on Steam will unlock an extra character, Suguri (ver.2), for 100% Orange Juice!.

The v1.3a patch, found next to the acceleration of SUGURI 2 banner, which fixes many bugs, gameplay balance issues, and restores features missing from the initial release. The overseas version is always updated with the latest patches. 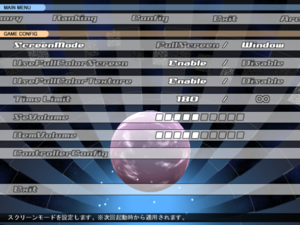 General settings from the Japanese version. 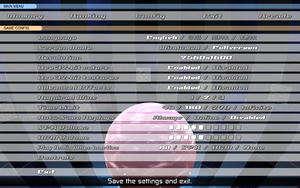 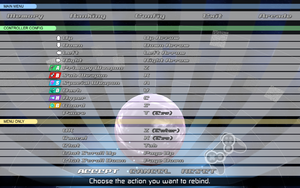 Keyboard remapping from the overseas version. 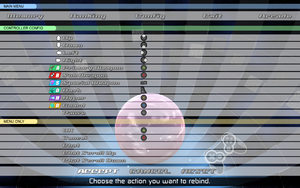 Controller remapping from the overseas version. 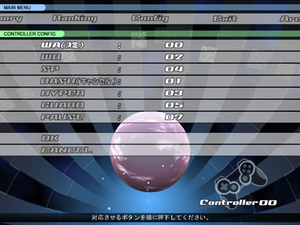 Controller remapping from the Japanese version.

Pressing Esc instantly closes the game in the Japanese version.

Remapping keyboard controls in the Japanese version must be done through the external_option.txt found under <path-to-game> and uses virtual-key codes for key bindings. A reference sheet of virtual-key codes can be found here.