This page is for the original version. For the HD version, see Acceleration of SUGURI X-Edition HD.

Acceleration of SUGURI is an anime sci-fi shooter fighting game developed by Orange_Juice and published by Rockin' Android. It is the spin-off sequel to SUGURI and was developed using Luna3D.

The game was originally released in Japan during Summer Comiket 70 on December 31, 2005. The game was previously fan translated by Sara Leen into English until she was hired by independent doujin soft publisher Rockin' Android when its CEO Enrique Galvez had an interest in localizing independent Japanese games overseas. It was initially localized and released overseas through digital distribution sites Direct2Drive GamersGate, as well as the SUGURI - Perfect Edition collection bundled with its X-Edition expansion pack and SUGURI plus their respective soundtracks in 2009. The game took the one-on-one boss battle aspects from its predecessor with elements from G.rev's Senko no Ronde to create a fighting game with SUGURI's gameplay. It was later ported with its expansion pack to the PlayStation 3 in 2011 with redrawn HD graphics, which served as the basis for Acceleration of SUGURI X-Edition HD in 2012.

The original releases of this game has compatibility issues with newer versions of Windows. Keyboard controls cannot be remapped in this game, thus a controller is recommended.

May have compatibility issues running on newer Windows systems.
Keyboard controls cannot be remapped. A controller is recommended.

SUGURI - Perfect Edition, an English-localized compilation of SUGURI, Acceleration of SUGURI plus the X-Edition expansion pack, and the games' original soundtracks on DVD sold by Rockin' Android is no longer available. 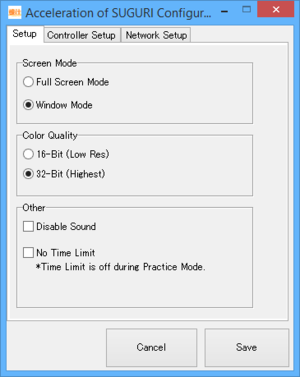 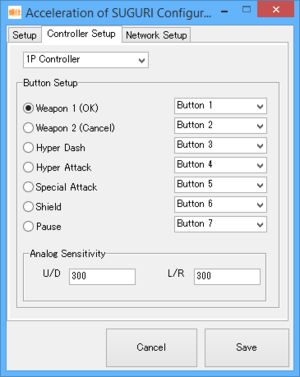 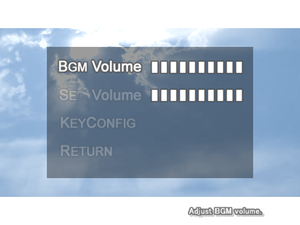 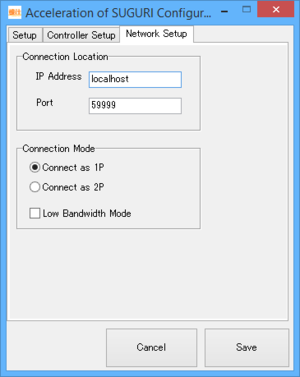 Random crash to desktop when launching the game[edit]

The game may crash when attempting to launch the game.