Difference between revisions of "Witchaven" 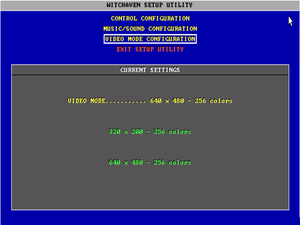 Certain parts of Witchaven's gamelogic were written to be dependent on framerate. If unmodified it begins to malfunction at 30FPS and up.[9][10]
EGwhaven remedies this by capping the framerate to 24FPS.