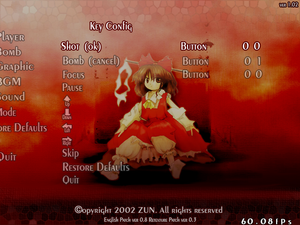 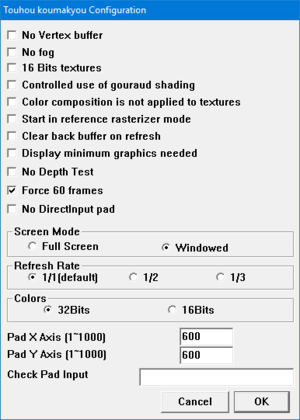 The game's installer executable may not work under Windows 10, even with compatibility fixes and running under Japanese Unicode Settings. It can however still be manually installed by simply copying the game folder (th06) from the CD-ROM to your computer.[4]

Players have reported the game runs at an uncapped and unstable frame-rate on Windows 10 when played on fullscreen mode, even when using game's internal frame-rate cap enabled.[5] Other potential issues include the game not displayed properly on fullscreen (i.e. game window and title bar being visible on fullscreen) and DLL "Entry Point Not Found" errors.