The original version did not support many resolutions and the first couple of updates released in April 2016 added additional resolution options for the game.[3][4] In June 2016 a third update was released that brought with it advanced graphics settings as well as improved graphics and various other fixes and options.[5]

In May 2018 the game had a free-to-keep weekend on Steam as a promotion for the upcoming and spiritual sequel title Omensight that saw the all-time peak player number on Steam increase by almost 30,000%[6] for a new all-time peak of 78,966 players.[7] 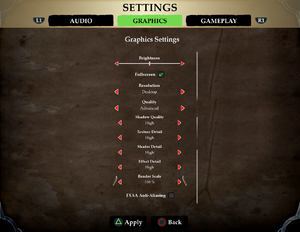 Physics and abilities starts to break down the higher the frame rate. 180 FPS and higher in particular is where the dash starts failing.[12] 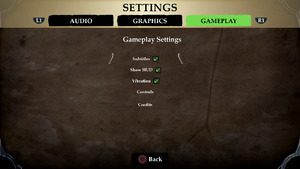 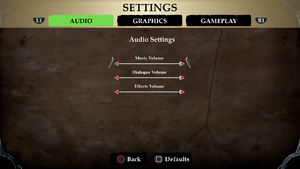