A demo containing an earlier version of the first level is available. A longer demo which includes the finalized versions of the first 3 levels was also released.[Note 2]
Not available for sale on Steam, Humble or Gamesplanet in Germany.

Dark Forces Community Patch (2022) has over 100 fixes and quality of life improvements.
The DOS version has no patches (the Install.exe listed on the support page is not for this game).
The 1.2 Update patch fixes some issues with the Classic version of Dark Forces.
Official German Patch adds missing translations and voice files

Tweaks the DOSBox configuration files for better performance.
Improves the music quality.
Restores the intro video from the demo version.
Comes with DOS/32A.
It's recommended to install it before using the DarkForces Custom Launcher.
Works only with the GOG release.

New Multi-featured Launcher which has a guide.

A tool with a Step by Step Guide with toggleable all-in-one features:

All of the following features are completely optional (you don't need to enable anything you don't like) and you can use DeHacker only as configuration tool replacement instead of buggy original SETUP.EXE - see "Configuration setup" menu.

The port is in beta, it contains some bugs and missing features that the author will address in 1.0 release
Active Development
Widescreen and high resolution support, can run the game up to 4K
Has more features compared to DarkXL
Full mouselook support
The game is completable from start to finish
Cutscenes and UI are implemented
iMUSE and dynamic music implemented
As of v0.93, saving anywhere (regular and quick-saving) has been implemented.

Config file is not human readable. A partial explanation on how to edit it can be found here. 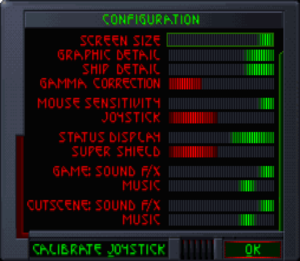 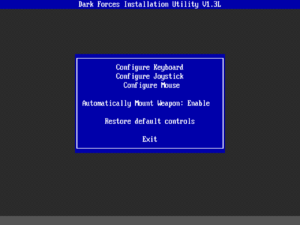 Use Dark Forces Plus, compilation of DOSBox keymapper files and GlovePIE script.[6]
Could use FreePIE as alternative to GlovePIE.
GlovePIE and FreePIE are Windows programs; they do not work on Mac or Linux. 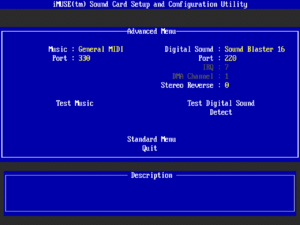 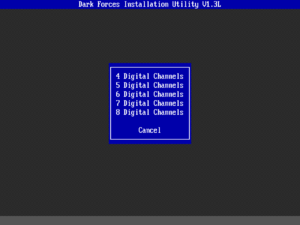 Run retail version without the CD

DarkXL is heavily outdated at this point and it's not recommended to use it anymore, as it has been surpassed by The Force Engine.
Enables playing the game in modern Windows. Supports high resolutions, with enhanced visuals and proper mouselook.
The Original version of the project, however, is no-longer in active development, and the most-recent alpha version has some unresolved issues such as missing cutscenes, no music during cutscenes, a float/noclip function bound to the F key that cannot be rebound, and other issues that require workarounds to correct. However, the game can still be completed in this form. (see Getting started with XL Engine).

The author of the Xlengine/DarkXL port LuciusDXL has, as of May 2020, restarted the project as The Force Engine concentrating on Dark Forces and Outlaws games. This is due in part to Blood and Daggerfall having other complete projects/ports available. More information is available on his blog post here.

Dark Frontend is a utility that allows easier launching of mods and levels. Installation (of both the launcher and the mods you intend to use with it) isn't exactly the most straight forward; includes a digital manual (readme.exe), reading it is recommended before using. It has been superseded by Dark Forces Custom Launcher, but unlike its successor, it is a native DOS program and can directly in DOSBox.