The version includes all DLCs from the original game with the exception of Team Fortress 2 Masks, Bloodsucker Pack (but this one can be restored), and Unlockable Pack which are not included and cannot be purchased.[2][3] 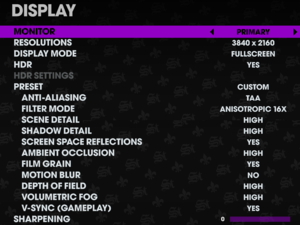 Some physics elements are capped at 60 FPS; use Cheat Engine below to fix.
In fullscreen mode, the game may switch to a 60 Hz refresh rate on startup; see Game uses incorrect refresh rate to fix.

Game is too dark in HDR mode[edit]

Bloodsucker Pack has not been added to the Remastered version, so there is no Bloodsucker ability, but code responsible for this DLC are still in remaster files and ability can be restored.