Difference between revisions of "S.T.A.L.K.E.R.: Shadow of Chernobyl"

Unofficial patch by "Codebro" that provides some fixes to the renderer and gameplay.

Although this is an official patch, it was recalled by the developers due to the extra bugs it caused. It should only be used to gain the optimal multiplayer experience from the game (most servers use v1.0006). Do NOT install this patch otherwise.
This is the version that Steam and GOG come with.[6][7]

The Multi-Patch replaces the GameSpy master servers and optionally forces Vsync. The GOG.com and Steam versions are already patched, however the Steam version of the game still has broken Vsync implementation, to fix this go opt-in, in the most recent beta branch. 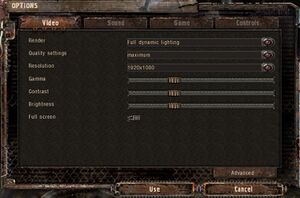 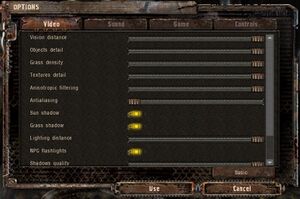 It's highly recommended not to play online with the FOV hack installed.
Clipping issues are more noticeable.[16] 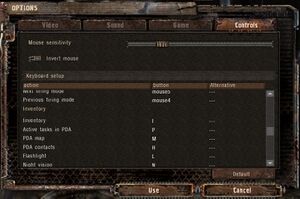 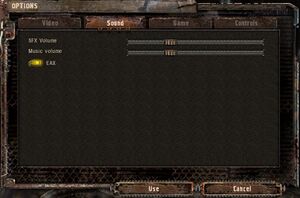 Considered to be unforgiving in difficulty.
Revamps many game mechanics, including enemy AI and ballistics.