From PCGamingWiki, the wiki about fixing PC games
Revision as of 21:59, 29 September 2020 by Rose (talk | contribs) (screenshots captions format to match the latest of the guidelines, tiny tweaks to the notes' punctuation and style)
(diff) ← Older revision | Latest revision (diff) | Newer revision → (diff)

Cross-platform gameplay with all console players.[4][5]
macOS and Linux support was discontinued on March 10, 2020.[3] Online functionality is now only available on Windows.[6] 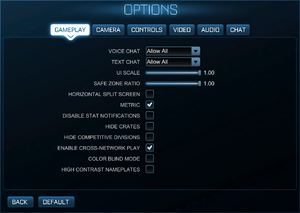 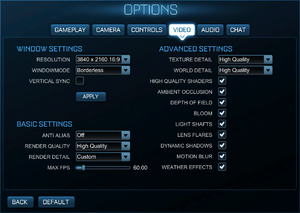 The built-in FPS limiter can be adjusted up to 250 FPS, or disabled to allow an uncapped frame rate. 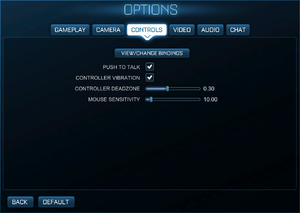 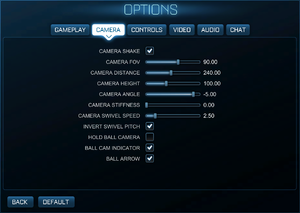 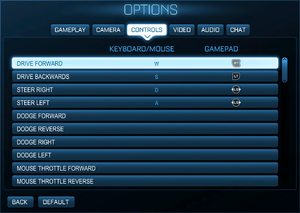 Mouse axes are not bound to anything by default. Binding them to the camera will cause mouse movement to act like an analog stick, making the camera move at a constant speed and resetting to the default position instantly if movement stops. 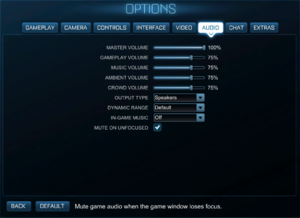 On some systems users may experience a severe FPS Cap reducing your FPS from the maximum of 250 down to possibly 60. A relaunch solves the issue, and there is likely a fix on the way.[citation needed]

Not connected to Servers under Linux[edit]