Difference between revisions of "Rise of the Tomb Raider"

Denuvo Anti-Tamper DRM was removed on October 18, 2021.[4]
The Linux version is considered a good port with a small performance gap compared to its Windows counterpart.[5]

Save games are not compatible between Windows and OS X/Linux.[6][7] 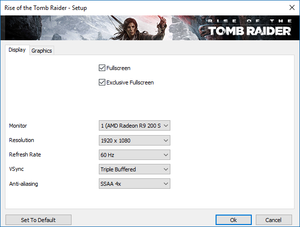 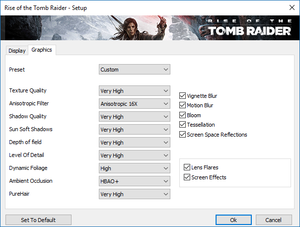 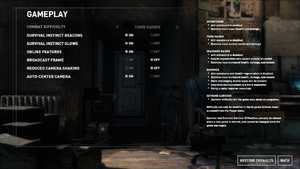 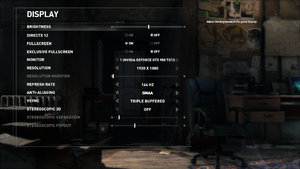 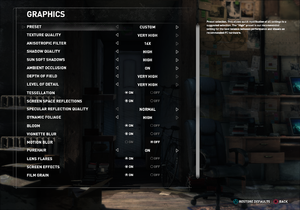 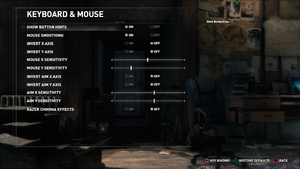 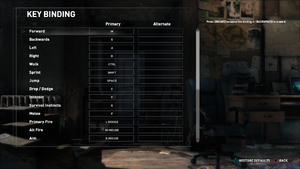 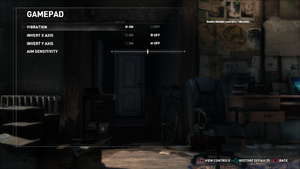 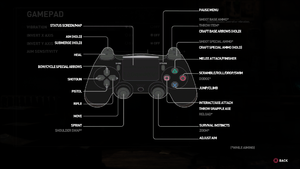 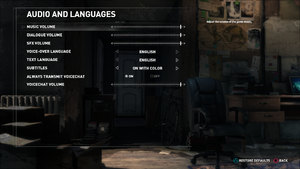 Dolby Atmos is only available on the Xbox One version.[11]

FPS may be very low even on a high-powered system after crashing with an error message saying that "A problem has occurred with your display driver."

No Sound on Linux

There is no sound being played in the menu and the game itself (but sometimes in cutscenes). When starting steam and then the game from a terminal the message ALSA lib pcm_dmix.c:1099:(snd_pcm_dmix_open) unable to open slave is printed among lots of other output.

A 64-bit operating system is required.
Vulkan compatible GPU is required, along with the driver and the loader.
For Nvidia users, you will need to use the latest Nvidia 396.18 beta driver. For AMD users, you will need Mesa 17.3.5 or better, However, if you are using a Vega GPU you require Mesa 18.0 or later. AMD GCN 1st and 2nd generation graphics cards are not supported, Intel GPUs are also not supported.[16]