Difference between revisions of "Quake 4"

The game does not properly recognize the available VRAM on modern graphics cards, and as such forces the game to use lower image quality settings. See Issues fixed to resolve.

A free client provided by id allows Quake 4 to be played natively on Linux machines. It requires either a full retail copy or the demo to use it. Details can be found on the GamingOnLinux article.
A faithful higher quality icon can be found from IconArchive.

Allows you to change the FPS limit to above 62, fix texture issues on modern hardware, adjust the despawn time of corpses, change the FOV, skip intro videos and force custom display resolutions.
Only works on 64-bit computers.

Upscales the original texture's resolution 4x by using a neural network.
Large download at over 6.5 GB, including patches. Around 27 GB once extracted. 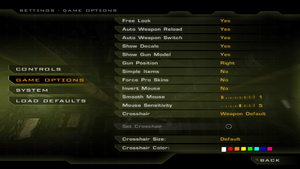 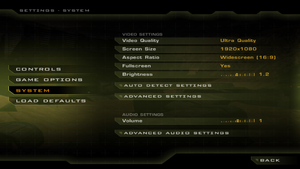 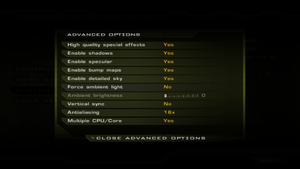 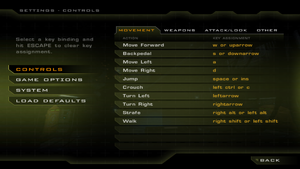 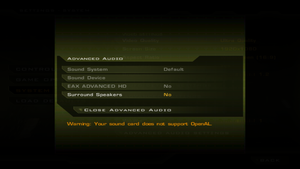 The game does not properly recognize the available VRAM on modern graphics cards, and as such forces the game to use lower image quality settings.

Slow reloading when immediately retrying a level after being killed

Quake 4 and other id Tech 4 games seem to suffer from some sort of driver-related issue on modern Nvidia GPU's that causes the game to go into what appears to be a "slow-motion" phrase during some intensive scenes, where the framerate technically remains the same but game logic is slowed down and negatively effects performance, and it persists even when using the microstutters fix and Quake 4 Tweaker. This issue's not known to affect all hardware configurations but a definitive fix is not currently available.

Sikkmod is a mod that was ported from Doom 3, which adds such effects as bloom, color grading, HDR and FXAA, and is easily configurable via the in-game menu.
The game's multi-core rendering may cause problems with this mod, disable that setting if there are graphical glitches.

False Dawn is a non-linear, multiple-goal mission with up-to-date graphics (powered by Sikkmod).

TweakGuides has created a comprehensive guide for tweaking the game.

Windows 98 has been tested to work with Quake 4, but this is not officially supported.