Difference between revisions of "Myth: The Fallen Lords"

Not to be confused with MYTH.

Myth: The Total Codex is a compilation pack that includes Myth: The Fallen Lords, Myth II: Soulblighter, the Chimera DLC by Badlands, strategy guides for both Myth games, and a variety of plugins created by fans within the community.
Myth: Antologia is a re-release of Myth: The Total Codex but with Myth III: The Wolf Age and it's own strategy guide also included and sold exclusively for the Polish market.

Adds OpenGL rendering and improves compatibility. Can be downloaded here.

A work around for myth's infamous memory bug allowing you to play the game on computers with more than 1GB of ram. Can be downloaded here. Only needed if using patch 1.3 which can be obtained here 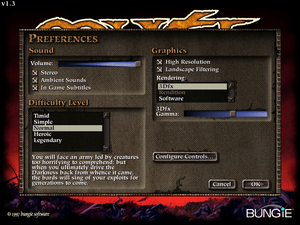 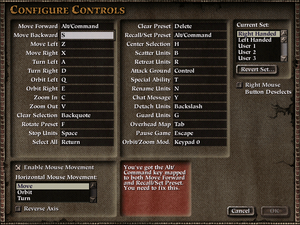 Universal Plug and Play (UPnP) support status is unknown.
These are the default ports used. They can be modified on game creation