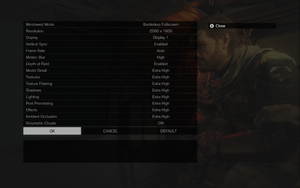 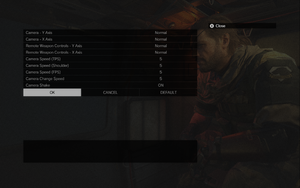 By default, enabling Adaptive V-Sync in the driver control panel will disable V-Sync entirely on a 60 Hz display. Unlocking the framerate will fix this. 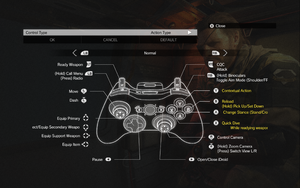 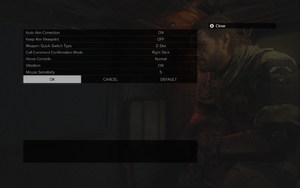 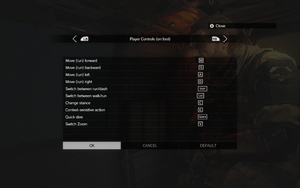 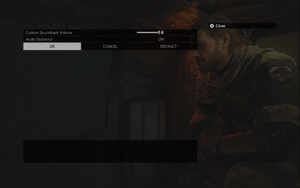 Player will involuntarily move in a random direction indefinitely

This glitch occurs both on foot and in vehicle.
Has a higher chance of occurring if the user frequently uses the Steam overlay and chat while in-game.
Can trigger on any key press not just movement keys e.g. call key

Minimising the game (Alt+Tab ↹) while using Fullscreen mode may cause shadows to become artifacted.[5]

There are plenty of reports on the web about complete loss of progress due to corrupted saves. Konami itself had acknowledged as much under certain circumstances,[6] but it seems like it can happen at various times and still does.

White screen after starting the game

The MFPlat.dll error occurs on N/KN versions of Windows when the Media Feature Pack is not installed.

Build a Forward Operating Base (FOB) without invasions

You must have not already completed the FOB mock infiltration tutorial.

How to open Metal Gear Online directly from a desktop shortcut