Mega Man X is a singleplayer side view action and platform game in the Mega Man X series.

Replacing MIDI music with a better and more faithful one based on SNES music can be found here (PCGW mirror). 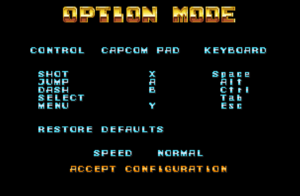 The game is not executable due to missing 320 x 200 resolution display mode.