Marvel's Spider-Man Remastered is a remastered version of the PlayStation 4 game from 2018. The game and subsequent remaster for PlayStation 5 were developed by Insomniac Games, while the PC version is being developed by Nixxes Software and published by PlayStation PC. Marvel's Spider-Man Remastered is the first traditional Spider-Man game to release on PC since The Amazing Spider-Man 2 in 2014. The PC version improves in a variety of aspects compared to the PS5 release, including improved shadows, improved ray traced reflections (full resolution instead of half resolution, and more objects can be included in the ray traced reflections), FSR 2.0, DLSS, DLAA, ultrawide screen support, improved texture filtering and an unlocked frame rate.[1]

Marvel's Spider-Man Remastered released on August 12, 2022, almost two years after it was originally released for the PlayStation 5 in 2020.

The PC version was well received by reviewers with it being praised as a good-quality port, with some criticism going to performance sometimes not being optimal on certain hardware configurations. The game was found to be quite CPU-heavy in some scenarios, especially during traversal and when ray-traced reflections are turned on.[2] Four days before release, Nixxes Software implemented significant performance improvements, ray tracing fixes and expanded graphical options for ray tracing, traffic density and crowd density to address most issues reviewers noted, indicating that some reviews might not fully reflect the state of the game on release date.[3][4][5][6] 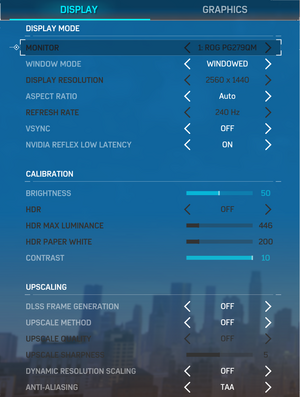 It was reported that, at launch, SSAO seemed to deliver a more pleasing and plausible result compared to the HBAO+ option. Might be that the HBAO+ implementation is broken at launch.[8] 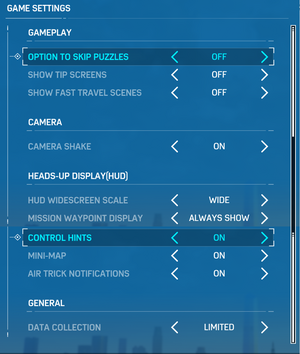 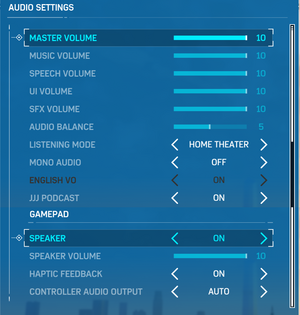 Cutscenes are partially blurred at aspect ratios wider than 21:9

Happens when upscaling is enabled.

The game can crash with the following error: The game has crashed due to using more video memory than currently available on this PC. Please try lowering your graphics settings, lowering your resolution, and closing any unnecessary background applications before running the game again.[15]

A 64-bit operating system is required.
The recommended requirements are for 1080p 60 FPS with the Medium preset. Additional requirements for higher presets, 4K, ray tracing, and more are listed here.