Difference between revisions of "Marathon"

The game was made free to download in 2005. Note that it is NOT open source
Aleph One supports modern systems and allows modding
Small but dedicated community
Cannot change settings while in a game

The original Mac only version of the game and its manual are available to download for free at http://trilogyrelease.bungie.org/. Individual files can also be downloaded as opposed to the full game. The game has also been modified to no longer require serial keys to install.

Note that they are provided as is and will only run on a classic Macintosh. The game is also using an older version of the Marathon engine, so features provided in the sequels such as mod support are unavailable.

It is recommended to use the Aleph One version as it adds modern PC support and a port to the newer engine.

Aleph One is an open source continuation of the Marathon 2 engine. Along with bringing all the benefits of the newer engine to the original Marathon, it makes the game more modern and accessible with many different improvements such as cross-platform support, widescreen resolutions, and improved multiplayer networking.

Both the engine and the game files can be downloaded at http://marathon.sourceforge.net/.

As a bonus, the game files provided by Aleph One include HD textures, a revamped HUD, and a new UI.

A legal serial key generator for the retail versions of all Marathon games. Refresh the page to get a new batch of keys. Marathon keys are stated with "M1" before the codes. 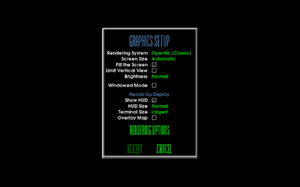 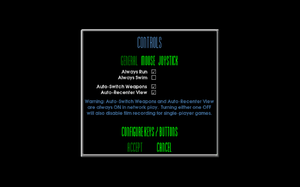 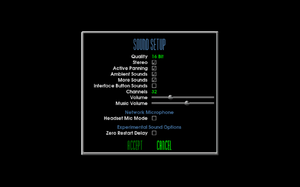 Aleph One plugins that changes the in-game HUD to match the original release. There are two variants available: