Difference between revisions of "Kena: Bridge of Spirits"

Kena: Bridge of Spirits is a third-person action-adventure game developed and published by Ember Lab. It is the first title of the studio.[1]

In June 2021, participants of the Tribeca Festival were offered a chance to play a time-limited demo of the game via online streaming.[6][7]

The full version of the game was released for Windows on Epic Games Store. 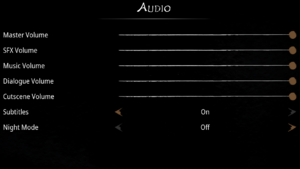 Starting a new game may cause the field of view to be reduced compared to 16:9 at ultra-wide resolutions.[10]